David Riley is Professor and Director of Piano Accompanying and Chamber Music at the University of Oregon, where he joined the music faculty in 2004. He holds degrees from the Cleveland Institute of Music and the Eastman School of Music where he studied with Jean Barr and Anne Epperson, respectively.

I welcome any and all inquiries from qualified persons about the Master of Music and Doctor of Musical Arts degrees in Collaborative Piano here at the University of Oregon. Ninety minutes from the coast, spectacular hiking in truly beautiful and majestic forestland, skiing practically on your doorstep, Eugene is a true gem of the Pacific Northwest.

University of Oregon School of Music

Graduate assistantships (generous stipend and tuition waiver) are available both in studio accompanying and opera. Please feel free to contact me at driley@uoregon.edu.

Gyorgy Ligeti: Mysteries of the Macabre

Jones: “…neither am I a bloodless angel”

Sicilienne from Concerto in d for Piano, Violin and String Quartet by Ernest Chausson

In Summer Fields by Charles Ives 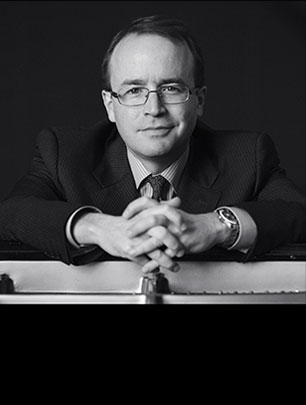